Tehran (AFP) - Jason Rezaian, the Washington Post's Tehran correspondent, was reportedly among four Iranian-Americans freed Saturday in a prisoner swap, as a nuclear deal with world powers was set to be sealed.

State television and the judiciary said the four were released in exchange for seven Iranians in US custody, naming those freed by Iran as Rezaian, Saeed Abedini, Amir Hekmati and Nosratollah Khosravi.

An earlier statement from Iran's judiciary said the swap had been conducted in line with national interests.

Rezaian, a California-born dual Iranian-American, was detained in July 2014 and later convicted after a trial on charges of espionage and other crimes against national security.

Rezaian's lawyer, Leila Ahsan, told AFP she had not learned if her client was free. "I have no information on this," she said.

Abedini, a Christian pastor from Idaho, has been in jail for three years after being convicted of undermining national security.

Hekmati, a former US Marine, had been serving 10 years for cooperating with hostile governments.

It was unclear who Khosravi is but there was doubt about his case as the official IRNA news agency initially named another man, Siamak Namazi, a businessman arrested last year in Tehran, as the fourth prisoner set free. IRNA later changed its report, naming Khosravi.

The seven Iranians to be freed by the US are Nader Modanlou, Baharam Mekanik, Khosrow Afghahi, Arash Ghahraman, Touraj Faridi, Nima Golestaneh, and Ali Sabounchi, according to IRNA and the state broadcaster.

Fourteen other Iranians wanted by the FBI would no longer be sought for prosecution by Interpol, both official media sources said.

Iran said the exchange came on the order of the Supreme National Security Council, the country's top security committee, which is headed by President Hassan Rouhani.

The release came as Iran and world powers led by the United States were expected to finally implement last July's nuclear deal, which will lift international sanctions imposed on the Islamic republic.

Rezaian was tried last year in Branch 15 of the Tehran revolutionary court, which usually presides over political cases or those related to national security.

Tehran does not recognise dual nationality, and has said the cases of Rezaian and the others were a purely Iranian matter.

Rezaian's case was played out in the Iranian media, where he was accused of spying and passing information about Iran to US government officials.

Among the offences he was alleged to have committed was writing a letter to US President Barack Obama.

After a trial shrouded in secrecy, Iran's judiciary finally confirmed he had been convicted in October last year and sentenced to jail time but it never stated for how long he would be imprisoned.

There had been speculation for months that a prisoner swap could be done. 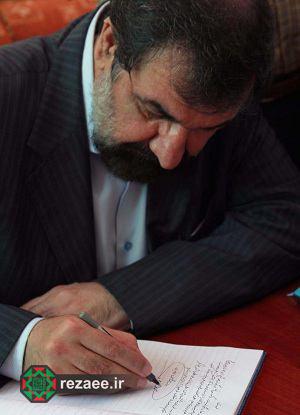